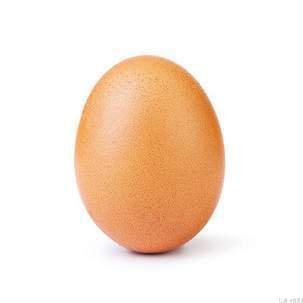 A picture of an egg has become the most liked Instagram post of all time, with more than 18.2 million likes as of Sunday evening.
Until said egg burst on to the scene, this picture posted by Kylie Jenner last February had held the record for most liked photo on Instagram.
“Let’s set a world record together and get the most liked post on Instagram. Beating the current world record held by Kylie Jenner (18 million)! We got this,” the account’s bio read. 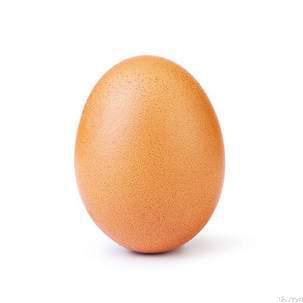 By Sunday morning, the egg photo had around 9 million likes; within 10 hours that number had doubled, breaking Jenner’s record. The egg appeared to be getting around a million likes per hour once it started going mega-viral on Sunday.
When reached out, the account holder replied that it was actually being run by “Henrietta” — a chicken from the British countryside.