Samsung’s rumored Galaxy A3 is one step closer to reality

The alleged Samsung Galaxy A3 (2017) may have just been cleared by the FCC, something every phone has to do to sell in the US. 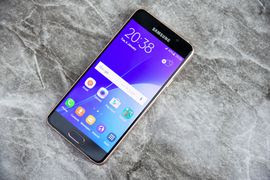 Samsung’s rumored 2017 follow-up to the Galaxy A3 has yet to be officially announced, but could be a step closer to making the jump from rumor to reality. A phone fitting the A3 2017’s description was spotted on the FCC’s certification website, leading many to believe it’s as good as done (products that clear the FCC still may never come to light; that’s up to the company).

The FCC listing in question is filed for a device with the model number SM-A320F. It is believed that this is the model number of the new Galaxy A3 due to its similarity to the 2016 A3 model number (SM-A310F).
Other than that the listing doesn’t tell us too much, only certain Wi-Fi credentials and that it was issued on December 1.

The FCC certification could suggest that a launch is imminent. Some rumors say that the new A3 may come in January.

Samsung’s Galaxy A is one of Samsung’s budget Android devices phones, especially Compared with the pricey and premium Galaxy S line.
While all eyes are trained to the upcoming Galaxy S8 , those seeking a lower- cost phone should shift focus to the A3 and also-rumored 2017 A7 .

We’ve already seen some renderings of what the phone could look like, and heard speculation that the A-series might could come with Samsung’s curved display .

If these rumors come true, it could signal Samsung carving out an identity based on the curve.